How to Use the Four Lists for Hazardous Waste

Different types of wastes were added to these lists because they are toxic, reactive, ignitable or corrosive (the four hazardous waste “characteristics”). If your waste is listed, it is assumed to have one or more of these hazardous characteristics and, therefore, must be managed as “hazardous waste”; no testing or analysis is required.

Inclusion on the F-list is based on the process and the chemical used to create the waste. For instance, methylene chloride, a chemical that can be used in different ways, is commonly used as a degreaser. Methylene chloride-based degreaser solutions would carry the F001 code. However, if you have methylene chloride that was used for purposes other than for degreasing, it would not carry the F001 code for halogenated solvents used for degreasing. In fact, it might not carry an F-code at all, if you used it as a reagent in a chemical reaction, for example. (Note: Even if your methylene chloride–containing waste is not a listed waste, if must still be evaluated for hazardous waste characteristics, including toxicity.)

Both P- and U-list wastes are off-spec or unused commercial chemical products (CCP). U-list is hazardous waste, and P-list is acutely hazardous waste. These lists contain discarded commercial chemical products, where the listed material is the sole active component. As an example, unused/off-spec epinephrine is a P-listed waste (P042), however epinephrine salts (as found in many medical epinephrine injectors) would not carry the P-042 code. Federal P and U codes do not apply to mixtures with other components, but they do apply to soil or debris contaminated with U- or P-listed materials.

Also, some states, including California, have state-specific lists of “extremely hazardous substances,” in addition to the EPA list. An example of a P-list waste is unused/off-spec epinephrine (P042).

The mixture rule for listed wastes

There are limited exceptions to the mixture rule for wastes that were listed due to ignitability, corrosivity or reactivity. In those cases, if the mixture is no longer ignitable, corrosive or reactive (as defined in hazardous waste regulations), then the waste is no longer considered hazardous. For example, if a spent solvent carrying EPA waste code F003 (listed due to potential ignitability) is mixed with non-flammable materials, so that the flash point is greater than 140 degrees F, it would no longer be considered “ignitable.” Since F003 is listed only due to potential ignitability, that code would no longer apply, though the waste may still exhibit other hazardous waste characteristics.

This may seem like a loophole, but unless it is an inherent part of the process that generates the waste, then mixing hazardous waste with other materials to remove or change hazardous characteristics is considered “treatment” and requires a permit from hazardous waste regulators. This exception does not apply to wastes listed due to toxicity, as there is really no way to “mix” out or dilute toxicity. Waste listed due to toxicity that are mixed with non-toxic materials will still be considered toxic and carry a toxicity code.

Remember: Even if your waste is not listed, you’re not off the hook. The next step is to check if it has any of the four EPA characteristics of hazardous waste.

ACTenviro has experts available to help you with your waste at each step along the way, from determining what you have to proper disposal. Please reach out to us at [email protected], and let us know how we can help.

Why Is It Called a Solid Waste — Even When It’s Not Solid?

What Is a Hazardous Waste Profile? 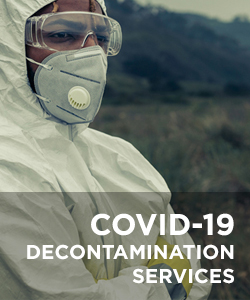 Subscribe now and be updated with our latest news, announcement and training seminars.