Chris Dean has been with our team for 11 years and runs what he calls an “island” for ACTenviro. As Site Manager of the Sandia branch in Albuquerque, New Mexico, he manages 19 people and three programs: hazardous waste management, pollution prevention and recycling, and solid waste disposal. While he handles one client, they have many locations from which Dean is responsible for picking up and managing various kinds of waste.

“We have our own database where Sandia submits requests for us to pick up either hazardous waste or solid waste or do pollution-prevention tasks,” Dean says. “Each day, our guys check the request system to see what types of things we are going to pick up that day. There’s probably a couple of hundred buildings out here that do mostly research and development, and they all generate everything from the most exotic chemical waste to just cardboard, plastics and all kinds of stuff that can be recycled.“

“Before we can pick anything up, as far as haz waste goes, we have to characterize it. They’ll list all the chemicals they want picked up. Then our chemist goes through and characterizes it first, which means he assigns all the waste codes to it, to make sure that when it comes to our facility, we can get rid of it. This is a permitted facility, so we have 365 days to get rid of any kind of waste we get. We have to take a close look at everything before it comes in and make sure it’s something that we have a disposal facility for, or we find alternatives for things like explosives or radioactive materials.”

It’s a big job, but one Dean has been preparing for his entire professional life. He holds undergraduate degrees in Biology and Chemistry, as well as two master’s degrees: one in Toxicology and one in Biochemistry and Microbiology. For many years, he ran the Department of Health Laboratory for Environmental Chemistry for the state of New Mexico, at which he held quite a few positions, including EPA Auditor, Director of Quality Control, and Forensics Investigator and Expert Witness. He retired from the state lab and, in 2006, he began working at the Sandia site as the Site Chemist. When ACTenviro took over in 2012, Dean became the Site Manager.

Part of Dean’s work at Sandia is helping the company achieve its ambitious “zero waste goal”: of all the solid waste generated by the laboratory, they aim to recycle or repurpose up to 90% of it. According to Dean, the city of Albuquerque recycles about 24% of its waste, and some recycling powerhouses in California approach 30%. Under Dean’s watch, Sandia has reached 68%.

To achieve that number, Dean credits the fact that ACTenviro actually sorts the trash, which doesn’t happen in most places. “We do it all here, and we’re super-organized about how we do it, and then everything’s baled and weighed,” he says.

“We have a giant bay, and we dump everything on the floor. It’s all in bags — we have the janitorial staff throughout Sandia trained to bag cans and plastic bottles together, and shredded paper and some other stuff. When we dump the trash on the floor, we sort stuff out into various groups like plastics or cans or metals or wood. Then that’s all redirected to recycling, where the baler bales all the trash that’s going to the landfill, rather than just dumping the truck into the landfill.”

As impressive a number as 68% is, Dean doesn’t rest on his laurels. He is focused on reaching Sandia’s 90% goal through incremental improvements. They have recently started composting the huge number of paper towels generated on the whole campus, using hundreds of containers for the sole purpose of collecting paper towels or food. They’ve started recycling toner cartridges, as well.

Dean devotes about 70% of his time to hazardous-waste management and the remaining 30% to pollution prevention and solid waste. It’s a formula that is clearly working. ACTenviro’s team consistently receives performance awards at the highest level, scoring a grade of “A” from Sandia for fulfilling their site contract.

“We don’t do things the way everybody else does,” Dean says. “Everything is very customized to Sandia. We’re working with them to make sure they’re compliant with everything, and they don’t violate RCRA and DOT’s myriad of regulations. The performance award gives us a little bit of satisfaction.”

Are you interested in working with Chris and ACTenviro’s other awesome team members? Check out our Careers page to learn more! 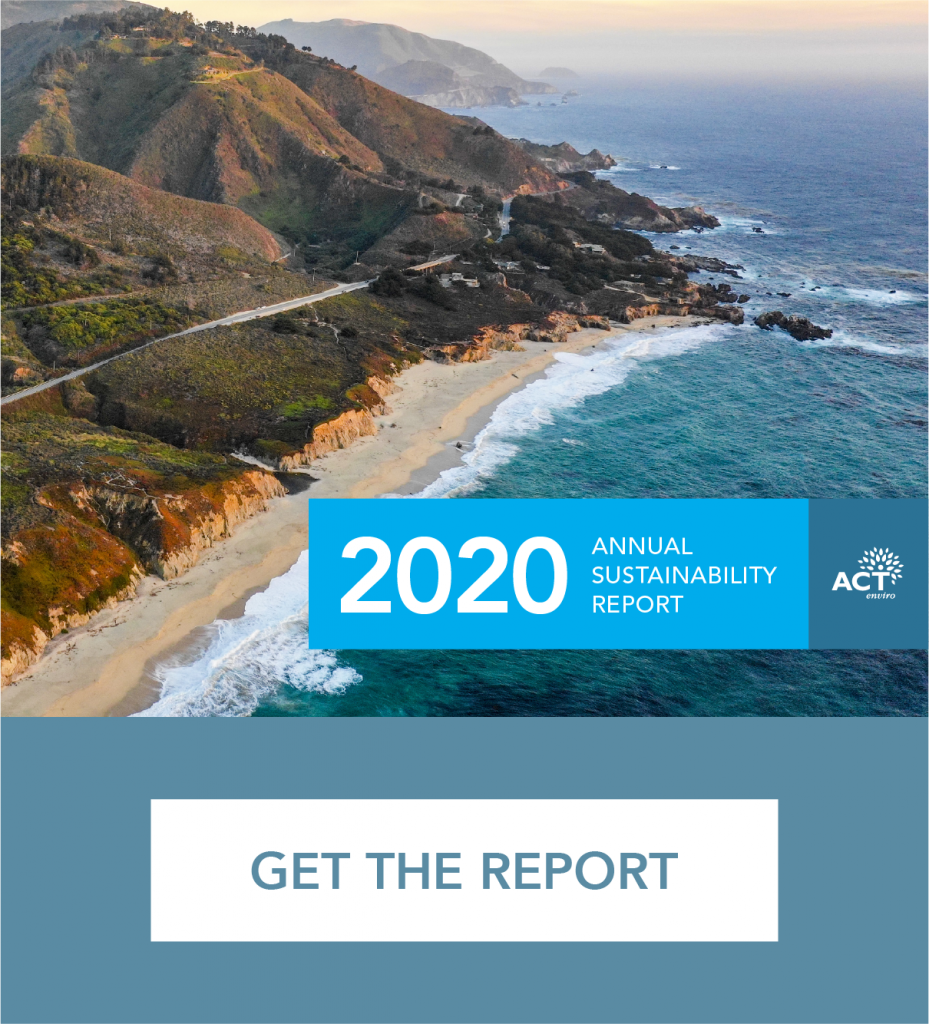